The week leading up to Annual Dinner the UK was hit with Storm Eunice, uprooting trees on the green heart and hurling wheelie bins across Selly. As a result, we had to delay the trip by a night as we would have been leaving in the peak of the storm. Nevertheless the stoats persevered, not so bright but still early on Saturday morning we left for North Wales. This was after quite a fight with the gear cupboard as Sport and Fitness had some roof damages.

After all the stoats were wedged and jammed into the stoat-mobiles we hit our first band of bad weather. Halfway up to the hut the rain started. But that would never stop UBMC! Once we got to the hut we placed all of our trust in the weather forecast, which said it would stop raining at 1pm. We set off for the local slate quarry. When we arrived we had a steep trek to the crag, but once we got there we got straight onto the wall. After a few hours of climbing, and some spots of sunshine all the stoats were enthused for the night ahead.

Following a surprising amount of climbing, we got back to the hut and started donning our best and finest attire. Suits, bow ties and dresses galore! With the dapper stoats ready, we left for the Vaynol Arms, which we had never been to before. After arriving we were overjoyed to see that the pub was a climbers paradise! Crampons on the walls, held up by screw gates of old and pictures of the local climbing legends dotted around everywhere! We were joined by the president of the MAM and his wife, as well as an array of old gits. Where stories of previous annual dinners and other trips were shared. Once everyone was sat down we were welcomed with an incredible 3 course meal (The apple crumble was the best we’ve ever had).

From there, we started back to the hut to begin the traditional meanie consumption. The current social secs and previous social secs disappeared to begin the dark arts of meanie creation, while everyone else scurried to find meanie vessels.

Following the unveiling of the particularly foamy meanie, the stoats started to tuck in. Music and shenanigans ensued, with a potentially new tradition of finding the sturdiest table in the hut and getting everyone to climb around it. After a late night, and much meanie consumed, the stoats started to get into their sleeping bags for an early start on the Sunday to beat the weather.

Sunday morning, the stoats were up and ready to climb. However, it took some a bit longer than others to emerge, we headed back to the quarry to get some more climbing in. Following a relatively peaceful start to the day, we were soon welcomed with a brutal battering from the wind. That didn’t stop us stoats though! Stoats were sending routes across the quarry until the rain kicked in around 1pm. We headed back to the hut to begin cleaning and after a lot of organising everyone was ready to leave.

The stoats had a brilliant weekend, with much more climbing than expected for a stormy annual dinner. Bring on next year! 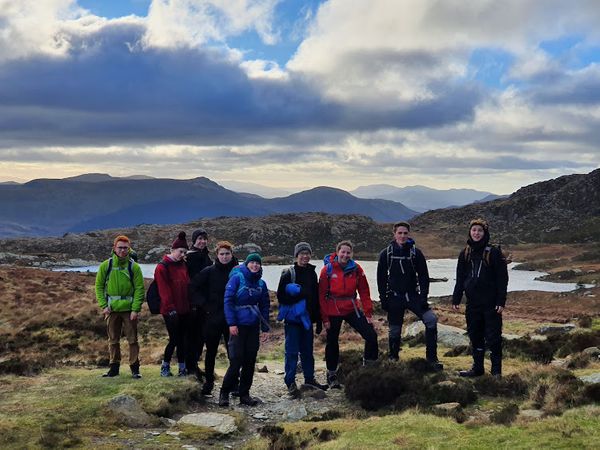 On Friday evening, it seemed as though the journey to Ogwen might be a tad uncomfortable for backseat passengers with ice axes and crampons to transport! Luckily, all was solved when Old Git Noah gave us a helping hand, providing space in his van. For many stoats, it was their