Rick Allen (Arthur to his many friends in the Stoats young and old) didn’t win his Piolet d’Or for this 1977 ascent of the clock tower in the centre of the University of Birmingham but it did mark him out as a rising star in the UBMC - University of Birmingham Mountaineering and Climbing Club. He went on to a glittering Himalayan career that sadly finished today on K2. We will miss you.

My memories of him are from having dinner at his flat in Chamonix with some MAM members and stoats whilst on a joint alpine meet. He was a hugely inspiring man, who spoke in a modest, completely captivating manner when recounting his adventures at the very limit in the Himalayas.

Rick has climbed and been a close friend to many of us since starting University in Birmingham in 1973 and has been a keen, enthusiastic and good climber with many creditable ascents throughout the world. Rick joined the MAM in 1976 and was later elected an Honorary Member in recognition of his becoming one of the country's leading Himalayan mountaineers. He is perhaps best known for his ascent of Nanga Parbat by the Mazeno Ridge, or his rescue from Broad Peak following a drone search, but Rick mostly avoided the limelight and just got on with the climbing. Those who know Rick will understand his enthusiasm and determination to always 'just have another look'. I am sure we all extend our sympathies to Rick's friends and family.

I was lucky enough to meet Rick at his house when he generously invited a few of the stoats and MAM over in Chamonix. Little did we realise that after dinner we would be treated to the most amazing tale, with photos, of his first ascent of the Mazeno Ridge on Nanga Parbat. Since that evening Rick also gave some brilliant talks to the club and it was such a pleasure to work with him organising these. He was always so encouraging and keen for people to pursue adventures in the mountains and it is so sad we won't hear the story of his more recent trips first hand. 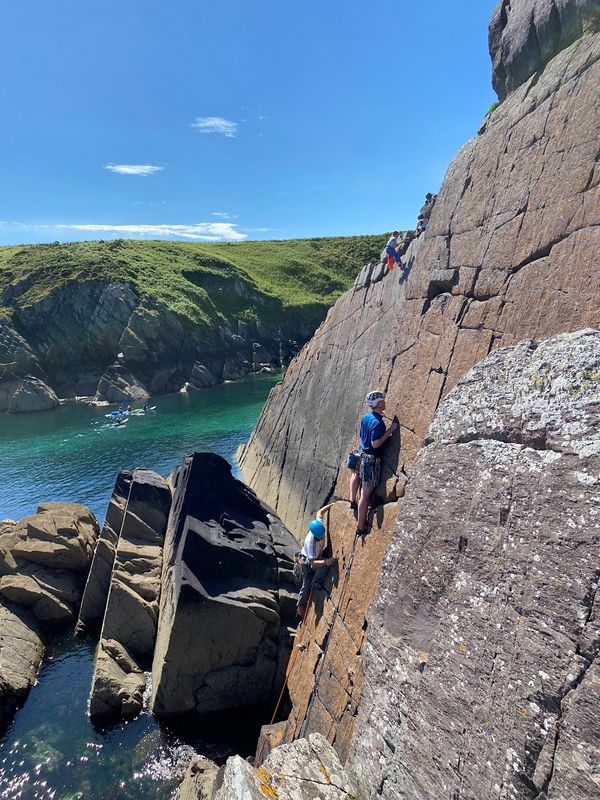 Sunny skies were forecasted all week and with a two year hiatus due to covid, it was safe to say the stoats were stoked for some sea cliff climbing down in South Wales. Indeed, as the academic hellscape of exams came to a close, psyche for the much awaited Pembroke